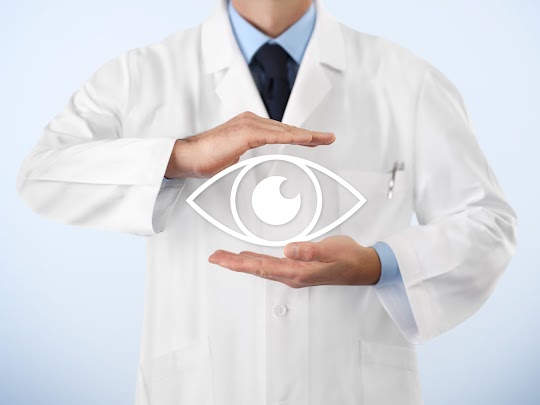 Glaucoma is a major cause of blindness

If left untreated, glaucoma can lead to blindness. Unfortunately, around 10% of people with glaucoma who receive adequate treatment still experience vision loss.

There is (yet) no cure for glaucoma

Lost vision cannot be restored. However, further vision loss can be stopped with medication and/or surgery.

Everyone is at risk of developing glaucoma

Everyone is at risk of developing glaucoma, from children to the elderly. Older adults are more likely to have glaucoma, but babies can be born with glaucoma (about 1 in 10,000 children are born in the United States). Young adults can also develop glaucoma. African Americans are particularly susceptible to infection when they are younger.

You may not be aware of any symptoms.

In open-angle glaucoma, the most common form, there are hardly any symptoms. Usually, the pain is not associated with increased pressure in the eye.

In this type of glaucoma, pressure increases rapidly due to the blockage of normal fluid flow in the eye. This occurred when a structure called an angle (where the iris and cornea meet) close.

Experts aren’t sure why any form of glaucoma damages the optic nerve. However, by reducing intraocular pressure, the risk of further damage to the optic nerve is reduced.

In addition to open-angle and narrow-angle glaucoma, there are rare forms of this disease. It can be related to eye abnormalities before birth (congenital glaucoma), eye damage, eye tumors, or medical problems like diabetes. In some cases, drugs such as corticosteroids can also trigger glaucoma.

Glaucoma is a leading cause of blindness in the United States. Almost half of the people with glaucoma don’t know they have it. Glaucoma usually runs in families. It is five times more common in African Americans than in Caucasians. The risk of developing glaucoma also increases with age in people of all races.

How common is glaucoma?

Glaucoma is the second leading cause of irreversible blindness worldwide. In fact, up to 6 million people are blind in both eyes due to this disease. It is estimated that there are more than 3 million people in the United States alone who have glaucoma. Up to half of the people with glaucoma may not know they have the disease, the reason they ignore the existence of the disease.

What are the risk factors for glaucoma?

Be aware of the following risk factors as chronic forms of glaucoma can affect vision before signs or symptoms appear:

What are the Different Types of Glaucoma?

Glaucoma refers to a group of diseases that damage the optic nerve in the eye. This disease affects millions of people and causes long-term pain, blurred vision, and vision loss. Several types of glaucoma can affect vision.

Primary open-angle glaucoma is often referred to as the “silent thief of sight” as there are few or no warning signs. Unfortunately, almost half of the people with glaucoma don’t know they have the disease.

Glaucoma gradually decreases peripheral vision, and by the time you notice the change in your vision, permanent damage has already occurred. If intraocular pressure (IOP) continues to rise, eye damage can occur until tunnel vision develops. You will then only see objects directly in front of you.

This condition is caused by a structural defect in the eye that creates a narrow angle between the iris and the cornea. As the iris advances, it can block the angle of the fluid’s drainage.

This condition can be caused by drugs that cause pupil dilation, such as tricyclic antidepressants and antihistamines. Pupil dilatation in low light can also cause this condition. People with farsightedness are at increased risk of developing acute narrow-angle glaucoma because their eyes have narrow drainage angles.

Pigmented glaucoma is often asymptomatic, but patients sometimes experience pain and blurred vision after exercising. Pigmented glaucoma occurs when granules of pigment, usually attached to the iris’s back (the colored part of the eye), migrate into the clear liquid produced in the eye.

Men between the ages of 25 and 50 are more affected than women. Studies have shown that with vigorous exercise, the iris releases more pigment, preventing further drainage of the eyes.

What are the symptoms and signs of glaucoma?

The symptoms of glaucoma don’t warn you too much. Most people with the problem don’t realize it until it gets so bad that their eyesight starts to deteriorate.

Usually, people notice that peripheral vision is impaired, and people may start to see rainbow-colored halos around bright sources of light. The condition is slowly worsening, which indicates the importance of having regular eye exams.

Other possible signs of glaucoma to look out for include:

Symptoms can vary depending on the severity of your condition and the type of glaucoma. If you notice problems with your eyesight, it is too late. The lost vision cannot be restored, and you may experience loss of vision even after starting treatment for glaucoma.

The most common type of glaucoma has no early warning signs and can only be detected with a thorough eye exam. If not diagnosed and treated, glaucoma initially results in loss of peripheral vision and can eventually lead to blindness.

If you have any of these symptoms, you could develop glaucoma. If you experience severe pain and vision loss, you should see an ophthalmologist or emergency room immediately. If symptoms occur intermittently, you should arrange for an examination as soon as possible.

How do doctors diagnose glaucoma?

During a full eye exam, your ophthalmologist will do a series of tests to determine if you have glaucoma or are at risk of developing the disease.

One of these tests will check the pressure in your eyes or intraocular pressure, this is called tonometry. Many people (even some ophthalmologists) may call this a “glaucoma test,” but in reality, measuring your eye pressure is just one factor in determining your risk of glaucoma. Tonometry tests are a quick, painless, and important part of a routine eye exam. There are two basic types of tensiometry tests to check your IOP:

Applied voltage measurement – In this test, a drop of anesthetic is placed over your eye, and a small device (much smaller than a contact lens) touches your eye for a short time to take the measurement. You will not feel anything when this action is carried out. Applied tensiometry is the most accurate form of IOP testing.

Contactless voltage measurement – This test, also known as NCT, does not require a drop of anesthetic. You are standing in front of an instrument that measures your intraocular pressure with a gentle puff of air on the surface of your eye. (Some people find the murmur suddenly, but no complaints.) Tonometry measurements are essential in determining if you have glaucoma or are at risk of developing the disease. However, these “glaucoma tests” alone are not enough to make that decision. Your eye doctor will also carefully examine the appearance of the optic nerve in your eye.

Other information gathered during a comprehensive eye exam to check for glaucoma may include a visual field test (s), a test of the angle at which your eyes’ drainage (gonioscopy), and possibly a thickness measurement.

How often should a person be checked for glaucoma?

Early detection through regular and comprehensive eye exams is key to protecting your eyesight from damage caused by glaucoma. It is important to check your eyes regularly.

You should have a basic eye exam by the age of 40. The first signs of eye diseases and visual disturbances can appear at this age. Based on these examination results, your eye doctor will inform you of the frequency of follow-up examinations.

If you have a family history of diabetes, high blood pressure, or glaucoma, see an ophthalmologist now to determine the frequency of eye exams.

What is the treatment for glaucoma?

After a glaucoma diagnosis, treatment includes preventing nerve cells from dying by lowering the pressure in the eye (or pressure) to prevent further loss of vision. Medicines that include eye drops, laser therapy, and surgery are the mainstays in glaucoma treatment.

Eye drops work either by turning off the tap to decrease the amount of fluid produced in the eye or by opening a drain to allow the fluid to drain out of the eye. Eye drops, whether they are a single drug or different formulations, are a lifelong treatment. It’s not uncommon for you to change or add drugs, patients can be intolerant or allergic to a drug.

There are five main types of eye drops that are prescribed for glaucoma, two of which are the most commonly used: Prostaglandins. Latanoprost (brand name Xalatan) is a type of commonly prescribed prostaglandin eye drop. Lumigan (bimatoprost), Travatan Z (travoprost), and latanoprost (Vyzulta) are also prostaglandin-like eye drops that increase the flow of fluid into the eye. There may be irritation or cosmetic side effects such as when your eyelashes are getting longer or darker. Beta-blockers. Timolol (Timoptic and other brands) are beta-blocker eye drops that reduce pressure in the eye. Possible side effects include temporary blurred vision, eye irritation, worsening lung disease, and less common but serious allergic reactions.

Patients will be screened based on their medical history to determine what type of medication is recommended.

Laser surgery is a painless, outpatient procedure that makes it easier for fluid to escape from the eye. Blurred vision is common for an hour or two due to gel and drops placed in the patient’s eyes for surgery. After that, they usually have no symptoms or changes in their eyesight. It takes about a month for the laser to be fully effective as it actually starts a small chemical process that then gradually opens the drainage channels

Selective laser trabeculoplasty (SLT) is the most common laser procedure used to treat glaucoma. The results may not be permanent. Of the 75% of people who responded to the first laser treatment, usually half still showed the laser’s effects when observed for five years, with the effects gradually waning compared to the others. However, laser surgery can be repeated many times as long as the patient responds to it.

Glaucoma surgery is the most effective way to treat glaucoma. It can take several weeks to recover and heal. Although conventional surgery isn’t usually the first treatment, patients who want both treatments can choose this one.

Is It Possible To Prevent Glaucoma?